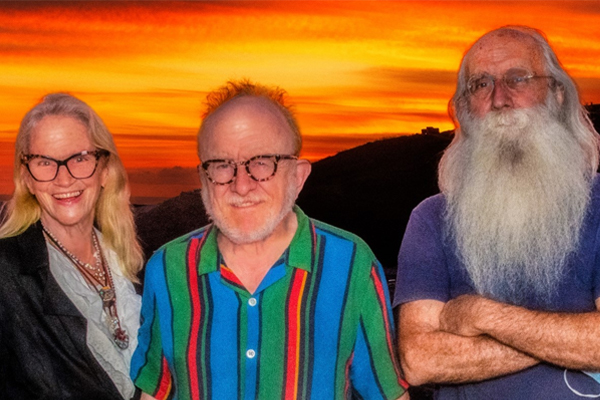 Tickets to this event are $5.00 per person, and can be redeemed for $5.00 off your purchase of Asher, Taylor, or Sklar's releases. Register for the event below. Due to the rising Covid numbers, we are now requiring all attendees, as well as staff, to wear face masks during the event and in the bookstore, no exceptions. Our number one priority is the safety of the authors, attendees, and our staff. Thank you for understanding and adapting to the mask protocols at this time. We will have masks available at check-in should anyone need one.

ABOUT THE ARTISTS:
Peter Asher is a singer, musician, record producer, broadcaster, and writer, and he is the winner of multiple Grammy Awards, including twice being named Producer of the Year. Born in London in 1944, he got his start as half of the duo Peter & Gordon and was the first head of A&R for Apple Records. As a producer he has worked with James Taylor, Linda Ronstadt, Neil Diamond, Robin Williams, Cher, and many other artists. He continues to perform regularly in addition to his ongoing music production for records and movies. He lives in Malibu, California with his wife, Wendy. Asher will sign his book BEATLES FROM A TO ZED.

Kate Taylor, sister of James Taylor, is a singer-songwriter originally from Boston. Peter Asher discovered her and became her manager in 1971 and produced her debut album, “Sister Kate”. Her new CD "Why Wait", which Peter Asher produced and Leland Sklar played on, will be available for purchase at the event.

With over 2,000 albums to his credit, Leland Sklar is the legendary bass player that has worked with Kate Taylor, James Taylor, Phil Collins, Crosby Stills and Nash, Jackson Browne, Dolly Parton, and a multitude of others, making him one of the most-heard bassists in history. Sklar will sign copies of his new book, EVERYBODY LOVES ME.