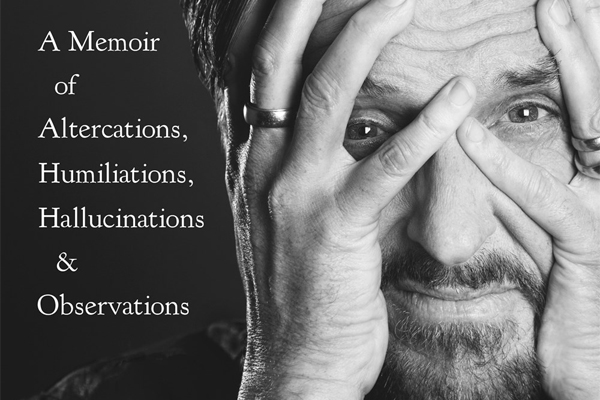 Craig Ferguson has defied the odds his entire life. He has failed when he should have succeeded and succeeded when he should have failed. The fact that he is neither dead nor in a locked facility (at the time of printing) is something of a miracle in itself. In Craig’s candid and revealing memoir, readers will get a look into the mind and recollections of the unique and twisted Scottish American who became a national hero for pioneering the world’s first TV robot skeleton sidekick and reviving two dudes in a horse suit dancing as a form of entertainment.

Tickets are $28.68 and include a signed copy of RIDING THE ELEPHANT.

Craig Ferguson will appear at An Unlikely Story from 7:00-8:00pm (ticket required) to discuss his new book, Riding the Elephant: A Memoir of Altercations, Humiliations, Hallucinations, and Observations with WBUR's Ben Brock Johnson. Each ticket includes a signed copy of Riding the Elephant.

Please read the following information carefully before making your purchase:

Craig Ferguson is a former host of The Late Late Show, and he has also worked as a drummer, a bartender, a stand-up comedian, and an actor on The Drew Carey Show. He is the author of the novel Between the Bridge and the River and the memoir American on Purpose, and lives in Los Angeles, California.

Riding the Elephant: A Memoir of Altercations, Humiliations, Hallucinations, and Observations

From the comedian, actor, and former host of The Late Late Showcomes an irreverent, lyrical memoir in essays featuring his signature wit.

Craig Ferguson is beloved on both sides of the Atlantic Ocean for his dry wit, down-to-earth attitude, and knack for storytelling. After being discovered for his stand-up in Scotland and moving to the United States, he became a household name after his years acting on The Drew Carey Show—and later hosting The Late Late Show for nine seasons.

Now, in Riding the Elephant, Craig regales readers with all-new essays, rendered in the voice his fans have come to love. In lyrical prose that is at once hilarious and unexpectedly moving, he opens up about his childhood, love, career, family, his beloved Glasgow, and personal progress he’s made along the way.