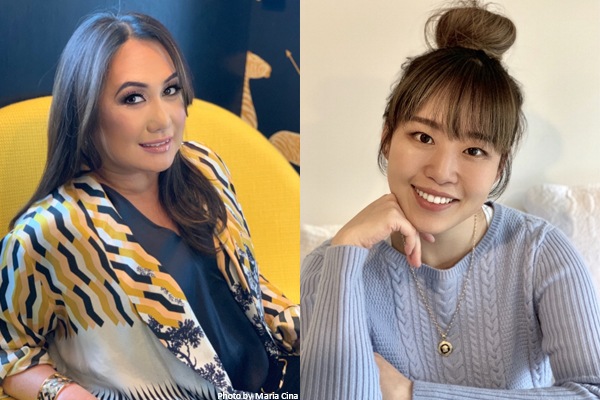 Wildcats, get ready! In this virtual event, #1 New York Times best-selling author of the DESCENDANTS series Melissa de la Cruz and debut author Graci Kim celebrate the release of their new middle grade novels! Melissa's new book, THE ROAD TRIP, is inspired by the smash hit Disney+ original series HIGH SCHOOL MUSICAL: THE MUSICAL: THE SERIES. When the Wildcats learn of a HIGH SCHOOL MUSICAL convention in the next state they take to the road, but will the bumps along the way get the better of them? Graci Kim's new book, THE LAST FALLEN STAR, is a thrilling debut about an adopted Korean-American girl who discovers her heritage and her magic on a perilous journey to save her witch clan family. During the event, Melissa and Graci will discuss the inspiration for their new books and answer audience questions. Save your spot in the free event below!

Melissa and Graci have kindly signed bookplates for everyone who purchases their new books from An Unlikely Story, while supplies last.

ABOUT THE ROAD TRIP:
Join everyone's favorite Wildcats from the Disney+ smash hit original series High school Musical: The Musical: The Series in this novel by New York Times bestselling author Melissa de la Cruz.
On the heels of their wildly successful run of High School Musical, the gang learns of a can't-miss opportunity—a High School Musical convention in the next state. There's something for everyone: panels about mounting your next hit show, cafeteria-tray-dance workshops, Wildcat cosplay, and even a special appearance from the pooch who played Sharpay's dog (well, one of her puppies, that is).

Ready to hit the road, the crew immediately begins making plans. Nini can't wait to use the weekend to show how much she cares for Ricky (especially since they just got back together). Kourtney debates signing up for a singing workshop (especially if she's maybe, just maybe, considering auditioning for the next show), and Gina and Ashlyn decide it'll be the perfect trial run for living together (especially because Gina has never actually had a friendship last this long). Carlos can't wait to help Miss Jenn prep for the spring musical, even if Seb has to stay behind to help with the family farm. But car breakdowns, late starts, and a lost E.J. throw a wrench in their plans. Will the East Highers get the weekend getaway of their dreams? Or will the bumps on the road get the better of them?

ABOUT THE LAST FALLEN STAR:
Best-selling author Rick Riordan presents Graci Kim's thrilling debut about an adopted Korean-American girl who discovers her heritage and her magic on a perilous journey to save her witch clan family.
"Graci Kim does such an amazing job of blending Korean mythology into the modern world, I am now wondering how I ever lived without knowing all this cool information."--New York Times #1 best-selling author Rick Riordan
Riley Oh can't wait to see her sister get initiated into the Gom clan, a powerful lineage of Korean healing witches their family has belonged to for generations. Her sister, Hattie, will earn her Gi bracelet and finally be able to cast spells without adult supervision. Although Riley is desperate to follow in her sister's footsteps when she herself turns thirteen, she's a saram--a person without magic. Riley was adopted, and despite having memorized every healing spell she's ever heard, she often feels like the odd one out in her family and the gifted community.
Then Hattie gets an idea: what if the two of them could cast a spell that would allow Riley to share Hattie's magic? Their sleuthing reveals a promising incantation in the family's old spell book, and the sisters decide to perform it at Hattie's initiation ceremony. If it works, no one will ever treat Riley as an outsider again. It's a perfect plan!

Until it isn't. When the sisters attempt to violate the laws of the Godrealm, Hattie's life ends up hanging in the balance, and to save her Riley has to fulfill an impossible task: find the last fallen star. But what even is the star, and how can she find it?
As Riley embarks on her search, she finds herself meeting fantastic creatures and collaborating with her worst enemies. And when she uncovers secrets that challenge everything she has been taught to believe, Riley must decide what it means to be a witch, what it means to be family, and what it really means to belong. "A fun, new magical world that promises more adventures to come."--Kirkus Reviews

ABOUT THE AUTHORS:
Melissa de la Cruz (www.melissa-delacruz.com) is the author of the #1 New York Times best-selling Descendants series, as well as many other best-selling novels, including all the books in the Blue Bloods series: Blue Bloods, Masquerade, Revelations, The Van Alen Legacy, Keys to the Repository, Misguided Angel,Bloody Valentine, Lost in Time, and Gates of Paradise. She lives in Los Angeles, California, with her husband and daughter.

Graci Kim is a Korean-Kiwi diplomat turned author who writes about the magic she wants to see in the world. The Last Fallen Star is her middle grade debut. In a previous life she used to be a cooking show host, and she once ran a business that turned children's drawings into plushies. When she's not lost in her imagination, you'll find Graci drinking flat whites, eating ramyeon, and most likely hugging a dog (or ideally, many). She lives in New Zealand with her husband and daughter. Follow her on Twitter @gracikim and Instagram @gracikimwrites.