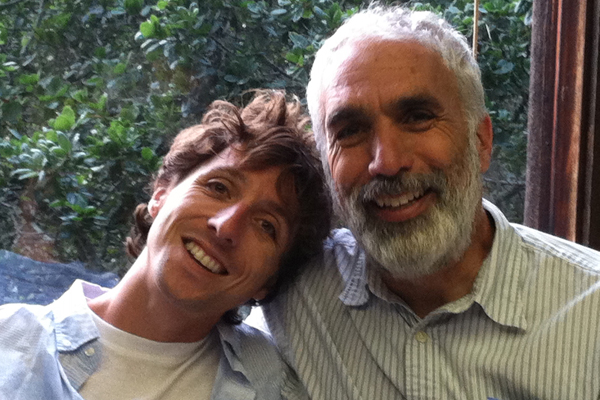 An Unlikely Story is honored to spend an evening with the father-son pair that's changing the way America thinks about addiction with an in-conversation event with host Jeff Kinney. David and Nic Sheff have chronicled their family’s story, the heartbreaking and inspiring experience of survival, relapse, and recovery, and how their family has coped with addiction over many years. Their memoirs served as the basis for the October 2018 film, Beautiful Boy, starring Steve Carrell and Timothée Chalamet. With their new book, HIGH, they hope to educate teens and tweens about the realities of drugs and alcohol. Join us for an evening of engaging conversation with David and Nic Sheff, followed by a book signing.

**Please note that this event will be general seating, and once the Second Story event space is filled (200 seats), attendees will be seated in the Wimpy Kid event space on the 3rd floor, where they will view the event via live broadcast. All attendees will be able to have their books signed.

ABOUT THE BOOK:
Just Say Know! With drug education for children more important than ever, this nonfiction book draws on the experiences of the NY Times bestselling father/son team of David and Nic Sheff to provide all the information teens and tweens need to know about drugs, alcohol, and addiction.

From David Sheff, author of Beautiful Boy (2008), and Nic Sheff, author of Tweak: Growing Up on Methamphetamines (2008), comes the ultimate resource for learning about the realities of drugs and alcohol for middle grade readers.
This book tells it as it is, with testimonials from peers who have been there and families who have lived through the addiction of a loved one, along with the cold, hard facts about what drugs and alcohol do to our bodies. From how to navigate peer pressure to outlets for stress to the potential consequences for experimenting, Nic and David Sheff lay out the facts so that middle grade readers can educate themselves.

ABOUT THE AUTHOR:
David Sheff is the author of several books, including the #1 New York Times best-selling memoir Beautiful Boy. His writing has appeared in the New York Times, the New York Times Magazine, Rolling Stone, Playboy, Wired, and many other publications. His ongoing research and reporting on the science of addiction earned him a place on Time magazine's list of the World's Most Influential People. Sheff and his family live in the San Francisco Bay Area. Visit David at DavidSheff.com, and on Twitter @david_sheff.

High: Everything You Want to Know About Drugs, Alcohol, and Addiction (Hardcover)