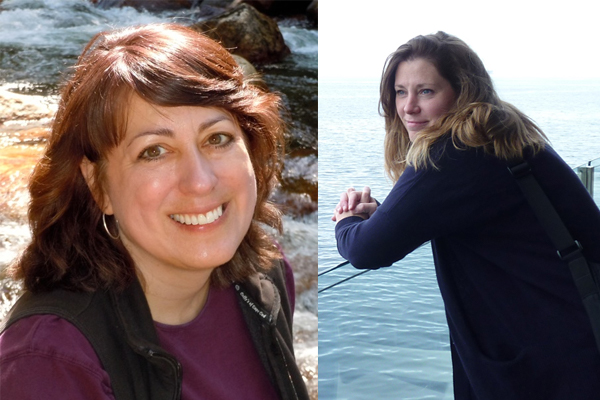 Bestselling author Elise Broach and illustrator Kelly Murphy will discuss their newest book, A TRIP TO THE COUNTRY FOR MARVIN AND JAMES in a virtual event on Crowdcast. In the fifth book in The Masterpiece Adventures series, Marvin the beetle travels with his best friend James and ends up on an unexpected nature adventure!

ABOUT THE BOOK:
A Trip to the Country for Marvin & James is the fifth book in New York Times bestselling author Elise Broach's Masterpiece Adventures chapter book series featuring Marvin the beetle and his best friend, James--featuring illustrations by Kelly Murphy.

Marvin gets invited to spend a weekend with James visiting Karl and Christina in the country. And Marvin is bringing his cousin Elaine! Together, they partake in exciting outdoor activities. But a playful boat ride on a pond turns into an unexpected adventure. How will James and Marvin and Elaine find each other out in the wilderness?

This fifth book in the Masterpiece Adventures series brings Marvin and James together in a celebration of friendship and family.

ABOUT THE CREATORS:
Elise Broach is the New York Times bestselling author of Masterpiece, Shakespeare’s Secret and Desert Crossing, Missing on Superstition Mountain, the first book in the Superstition Mountain Trilogy, as well as several picture books. Her books have been selected as ALA notable books, Junior Library Guild selections, a Publishers Weekly Best Children’s Book, a New York Public Library Best Book for the Teenage, an IRA Teacher’s Choice, an E.B. White Read Aloud Award, and nominated for an Edgar Award, among other distinctions.

Ms. Broach holds undergraduate and graduate degrees in history from Yale University. She was born in Georgia and lives in the woods of rural Connecticut, walking distance from three farms, a library, a post office and two country stores.

Kelly Murphy has illustrated many books for children including Masterpiece, Alex and the Amazing Time Machine, and the Nathaniel Fludd, Beastologist books. She lives in Providence, Rhode Island.

Marvin & James Save the Day and Elaine Helps! (The Masterpiece Adventures #4) (Hardcover)

Trouble at School for Marvin & James (The Masterpiece Adventures #3) (Paperback)

James to the Rescue: The Masterpiece Adventures Book Two (Paperback)

The Miniature World of Marvin & James (The Masterpiece Adventures #1) (Paperback)