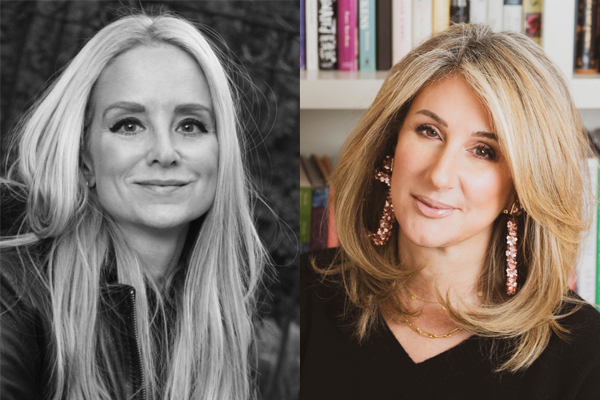 An Unlikely Story is hosting a launch party like no other, with not one but TWO beloved authors! Jenna Blum will launch the paperback of The Lost Family in conversation with New York Times bestselling author Jane Green, who will be introducing her latest novel, The Friends We Keep. Please join us to celebrate—and bring your book clubs! Appetizers and cocktails from both books will be served.


The Friends We Keep is the warm and wise new novel from Jane Green, New York Times bestselling author of The Sunshine Sisters and The Beach House

Evvie, Maggie, and Topher have known each other since university. Their friendship was something they swore would last forever. Now years have passed, the friends have drifted apart, and none of them ever found the lives they wanted - the lives they dreamed of when they were young and everything seemed possible.

Evvie starved herself to become a supermodel but derailed her career by sleeping with a married man.

Maggie married Ben, the boy she fell in love with at university, never imagining the heartbreak his drinking would cause.

Topher became a successful actor but the shame of a childhood secret shut him off from real intimacy.

By their thirtieth reunion, these old friends have lost touch with each other and with the people they dreamed of becoming. Together again, they have a second chance at happiness…until a dark secret is revealed that changes everything.

The Friends We Keep is about how despite disappointments we’ve had or mistakes we’ve made, it’s never too late to find a place to call home.

ABOUT JANE GREEN:
A former journalist in the UK and a graduate of the International Culinary Center in New York, Jane Green has written many novels (including Jemima J, The Beach House, Falling, and, most recently, The Sunshine Sisters), most of which have been New York Timesbestsellers, and one cookbook, Good Taste. Her novels are published in more than twenty-five languages, and she has over ten million books in print worldwide. She lives with her husband and a small army of children and animals.

THE LOST FAMILY:
The New York Times bestselling author of Those Who Save Us creates a vivid portrait of marriage, family, and the haunting grief of World War II in this emotionally charged, beautifully rendered story that spans a generation, from the 1960s to the 1980s.

“Blum plumbs the depths of loss and love in this exquisite page-turner.”—People

In 1960s Manhattan, patrons flock to Masha’s to savor its brisket Wellington and impeccable service, and to admire its dashing owner and head chef, Peter Rashkin. With his movie-star good looks and tragic past, Peter, a survivor of Auschwitz, is the most eligible bachelor in town. But he does not care for the parade of women who come to the restaurant hoping to catch his eye. He has resigned himself to a solitary life. Running Masha’s consumes him, as does the terrible guilt of having survived the horrors of a Nazi death camp while his wife, Masha—the restaurant’s namesake—and two young daughters perished.

Then exquisitely beautiful June Bouquet, an up-and-coming young model, appears at the restaurant, piercing Peter’s guard. Though she is twenty years his junior, the two begin a passionate, whirlwind courtship. When June unexpectedly becomes pregnant, Peter proposes, believing that beginning a new family with the woman he loves will allow him to let go of the atrocities of the past, even though he cannot forget all that he has lost. But over the next twenty years, the indelible sadness of those memories will overshadow Peter, his new wife, June, and their daughter, Elsbeth, transforming them in shocking, heartbreaking, and unexpected ways.

The tale of a husband devastated by a grief he cannot name, a frustrated wife struggling to compete with a ghost she cannot banish, and a daughter sensitive to the pain of both, The Lost Familyis a charming, funny, and elegantly bittersweet study of the repercussions of loss and love that spans a generation, from the 1960s to the 1980s. It is a vivid portrait of marriage, family, and the haunting grief of World War II.

ABOUT JENNA BLUM:
Jenna Blum is the New York Times and number one international bestselling author of the novels Those Who Save Us and The Stormchasers. She was also voted one of the favorite contemporary women writers by Oprah.com readers. Jenna is based in Boston, where she earned her MA from Boston University and has taught fiction and novel workshops for Grub Street Writers for twenty years.

The Friends We Keep (Hardcover)