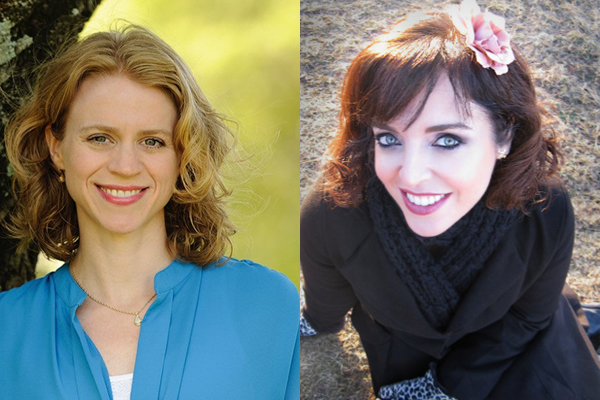 From the author of THE KENNEDY DEBUTANTE comes another riveting reimagining from history! In her new novel, THE GIRL IN WHITE GLOVES, Kerri Maher explores the life of actress-turned-princess Grace Kelly in two timelines. At An Unlikely Story, she’ll talk about her captivating novel with Sarah-Jane Stratford, the author of RED LETTER DAYS, moderated by Reading with Robin's Robin Kall. Beer and wine will be available for purchase.

ABOUT THE GIRL IN WHITE GLOVES:
A life in snapshots…

Grace knows what people see. She’s the Cinderella story. An icon of glamor and elegance frozen in dazzling Technicolor. The picture of perfection. The girl in white gloves.

A woman in living color…

But behind the lens, beyond the panoramic views of glistening Mediterranean azure, she knows the truth. The sacrifices it takes for an unappreciated girl from Philadelphia to defy her family and become the reigning queen of the screen. The heartbreaking reasons she trades Hollywood for a crown. The loneliness of being a princess in a fairy tale kingdom that is all too real.
Hardest of all for her adoring fans and loyal subjects to comprehend, is the harsh reality that to be the most envied woman in the world does not mean she is the happiest. Starved for affection and purpose, facing a labyrinth of romantic and social expectations with more twists and turns than Monaco’s infamous winding roads, Grace must find her own way to fulfillment. But what she risks--her art, her family, her marriage—she may never get back.

ABOUT THE AUTHOR:
Kerri Maher is the author of The Kennedy Debutante, which People magazine described as “a riveting reimagining of a true tale of forbidden love,” and This Is Not a Writing Manual: Notes for the Young Writer in the Real World under the name Kerri Majors. She holds an MFA from Columbia University and founded YARN, an award-winning literary journal of short-form YA writing. A writing professor for many years, she now writes full-time and lives with her daughter and dog in a leafy suburb west of Boston, Massachusetts.

When two brave women flee from the Communist Red Scare, they soon discover that no future is free from the past.

Amid the glitz and glamour of 1950s New York, Phoebe Adler pursues her dream of screenwriting. A dream that turns into a living nightmare when she is blacklisted—caught in the Red Menace that is shattering the lives of suspected Communists. Desperate to work, she escapes to London, determined to keep her dream alive and clear her good name.

There, Phoebe befriends fellow American exile Hannah Wolfson, who has defied the odds to build a career as a successful television producer in England. Hannah is a woman who has it all, and is now gambling everything in a very dangerous game—the game of hiring blacklisted writers.

Neither woman suspects that danger still looms . . . and their fight is only just beginning.

ABOUT SARAH-JANE STRATFORD:
Sarah-Jane Stratford is the acclaimed author of Radio Girls. Her work has also appeared in the Guardian, Boston Globe, Los Angeles Review of Books, Marie-Claire, Bustle, Guernica, and many others. A former resident of both American coasts, she’s now living the expat life in London, where when she isn’t working, she’s exploring and seriously considering learning how to garden.

The Girl in White Gloves: A Novel of Grace Kelly (Hardcover)