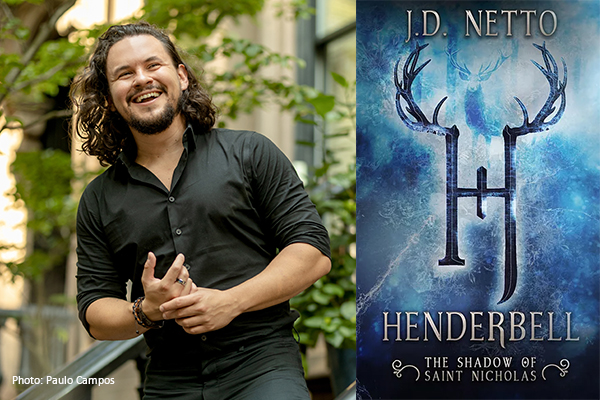 Join us for a very special virtual event with author J.D. Netto and Dani from YA Allegiance. J.D. and Dani will talk about the creative process behind the Christmas-themed fantasy, HENDERBELL: THE SHADOW OF SAINT NICHOLAS, the growth of the bookish community on Instagram, and the journey of writing a fictional biography (The Broken Miracle). Full of magic, mystery, and adventure, HENDERBELL: THE SHADOW OF SAINT NICHOLAS is the perfect read for fans of Narnia and The Golden Compass. Following their virtual discussion, J.D. will answer audience questions. Save your spot in the free virtual event below.

ABOUT THE BOOK:
Enzo and Ava Griffin never expected to face their worst nightmare on Christmas Eve. Though they always dreamed of magic, they never thought of its actual existence, and the consequence it carries. During a violent snow storm, they’re visited by foul creatures called Shadow Spirits. The eerie beings kidnap both of their grandparents, vanishing into a portal found on the bark of a tree.

After the strange incident, Enzo and Ava discover Henderbell, a world full of magic, wonder, and secrets.  But an impending doom is revealed to them. The king and queen of Henderbell are missing, and their absence could trigger the destruction of this new-found world and the human realm. On the quest to find both Henderbellian rulers, Enzo and Ava learn of a curse placed upon their own bloodline. But other ancient enemies have risen from their graves, seeking revenge for a past unknown to them.

Enzo and Ava find friendship, courage, and love as they face unimaginable darkness in the quest to redeem the world they belong and the one they live in. Can you discover the curse hidden in the shadows? ​

ABOUT J. D. NETTO:
Born in a small town in Brazil, J.D. Netto (Jorge de Oliveira Netto) relocated with his family to the United States when he was twelve years old. At an early age, J.D. discovered his passion for fantasy stories and alternate universes. His first book series, The Whispers of the Fallen, has captivated readers around the world, becoming a prominent voice in young adult fantasy. The series spawned four books, with releases happening at BookCon in New York City and Books and Books in Miami. The second installment, The Whispers of the Fallen: Rebellion, was one of the bestselling titles at BookCon 2014.

J.D. Netto is the founder of the Saved by the Page movement. The project gained such momentum, it became a published anthology featuring stories written by readers on how books saved their lives. The project led J.D. to partner with studios adapting books to the big screen. Love, Simon and The Hate U Give were amongst the featured titles.

Henderbell: The Shadow of Saint Nicholas, was an instant Amazon bestseller. The book’s limited edition boxes by Beacon Book Box sold out within a few weeks after its announcement. Two songs inspired by the books were released: Born Amidst Magic by musical prodige Efraim Alencar and Shadow of the Bells by Cellogram and Jen Majura from Evanescence.

He’s also the author of the The Broken Miracle duology. The novels were inspired by the life of internationally acclaimed pianist, Paul Cardall, and his struggles of living with half a functioning heart. Anthem Entertainment also released an album of the same title by Paul Cardall, featuring Tyler Glenn, David Archuleta, Thompson Square, and other renowned artists.

J.D. Netto has been a guest at various events including New York Comic Con, BEA, Miami SuperCon, and BookCon. He’s also been interviewed by Brazil’s largest TV network, Globo TV. He is the artist behind all his covers, maps, and character concepts. J.D. worked with HarperCollins in 2018 to create the cover for the New York Times bestselling title, Zenith: The Androma Saga. 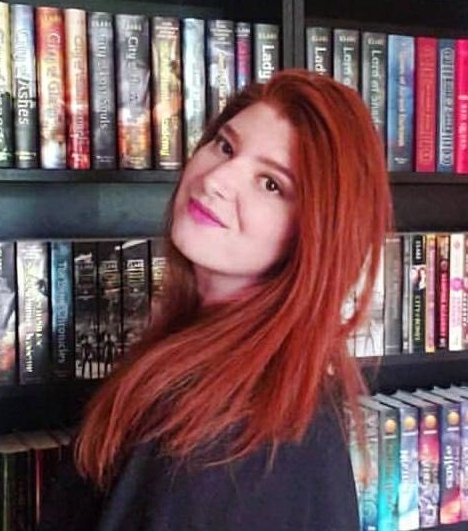 Danielle Jordan is a coffee-obsessed, avid reader. In her spare time, she can be found crying over fictional characters, buying more books than her shelves can hold, and spending hours trying to decide what to read next. She also occasionally posts about books online and can be found @yaallegiance.

The Broken Miracle - Inspired by the Life of Paul Cardall: Part 1 (Paperback)