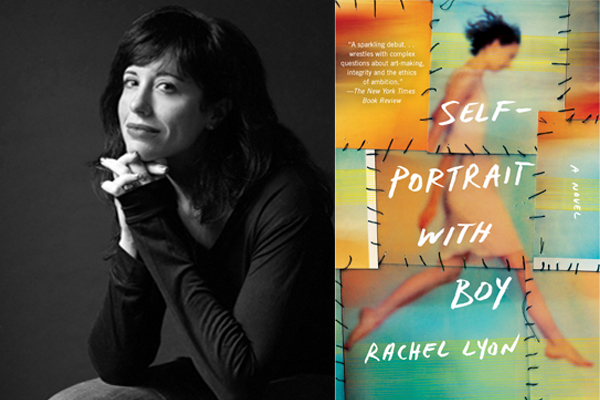 On the long list for the Center for Fiction First Novel prize, SELF-PORTRAIT WITH BOY is a portrait of an artist torn between morality and ambition. When a struggling artist captures a boy falling to his death in the background of her self-portrait, she must choose between launching her career or protecting the boy’s mother whom she has come to care for. Celebrate the paperback release of this “sparkling debut” at An Unlikely Story where author Rachel Lyon will discuss her novel, answer questions, and sign copies. Beer and wine will be available for purchase at the event.

ABOUT THE BOOK:
Longlisted for the Center for Fiction First Novel Prize.

“Fabulously written, this spellbinding debut novel is a real page-turner. A powerful, brilliantly imagined story” (Library Journal, starred review) about an ambitious young artist whose accidental photograph of a boy falling to his death could jumpstart her career, but devastate her most intimate friendship.

Lu Rile is a relentlessly focused young photographer struggling to make ends meet. Working three jobs, responsible for her aging father, and worrying that her crumbling loft apartment is being sold to developers, she is at a point of desperation. One day, in the background of a self-portrait, Lu accidentally captures an image of a boy falling to his death. The photograph turns out to be startlingly gorgeous, the best work of art she’s ever made. It’s an image that could change her life…if she lets it.

But the decision to show the photograph is not easy. The boy is her neighbors’ son, and the tragedy brings all the building’s residents together. It especially unites Lu with the boy’s beautiful grieving mother, Kate. As the two forge an intense bond based on sympathy, loneliness, and budding attraction, Lu feels increasingly unsettled and guilty, torn between equally fierce desires: to advance her career, and to protect a woman she has come to love.

Set in early 90s Brooklyn on the brink of gentrification, Self-Portrait with Boy is a “sparkling debut” (The New York Times Book Review) about the emotional dues that must be paid on the road to success and a powerful exploration of the complex terrain of female friendship. “The conflict is rich and thorny, raising questions about art and morality, love and betrayal, sacrifice and opportunism, and the chance moments that can define a life…It wrestles with the nature of art, but moves with the speed of a page-turner” (Los Angeles Times).

ABOUT THE AUTHOR:
Rachel Lyon's short stories have appeared in Joyland, Iowa Review, and Electric Literature's Recommended Reading, among other publications. She attended Princeton and Indiana University, where she was fiction editor for Indiana Review. Rachel teaches creative writing at Sackett Street Writers Workshop, Catapult, and other institutions, and is cofounder of the reading series Ditmas Lit. Self-Portrait With Boy is her first novel. Visit RachelLyon.work.

Self-Portrait with Boy: A Novel (Paperback)